For Asha‘s second birthday, we booked a 20 minute mini session with My City Photos, a local photographer in our area. During the shoot, Asha screamed and cried and was maximally difficult and unmanageable. She has what I call Opposite Syndrome (“Oppositional Defiant Disorder,” corrected Dylan) which means she knows what it is you want her to do and she’ll do everything in her power to do the opposite. I was sure the shoot was a bust, but when we were shown the shots, I liked so many of them I found it impossible to narrow my choices down to the allotted five. Our photographer is so great with kids and she’s so good at her job the shots she got make it seem like Asha was on her best behaviour and enjoyed herself the whole time. “That comes with hiring a professional,” said Dylan. “Incredible,” I said. Here’s some of our favourite shots from the shoot that went better than we thought. Big thanks to LL, our photographer, you killed it, we look forward to shooting with you again and often.

INCOMING! A BROTHER OR SISTER FOR ASHA! I’m thrilled. I never had a big solid family growing up so it’s extremely important and meaningful for me to make my own. I’m gonna give my children all the encouragement, support and love I never got. Asha is entirely marvelous with just her I’m already so thankful and happy, but I think giving her a brother or sister to grow up with is the right thing to do. Another Asha! I can’t wait. This is gonna be great.

There is a frequency that is unique to you and your job is to locate it. There is so much noise around you, so many influences, but where you want to be is in your own natural frequency, in your own natural energy source. You have to locate it, and you locate it through stillness. Be still and listen to your body, listen to your gut, listen to your heart. Listen for that frequency. It’s there. You’re connected to it. Create space in your consciousness for your frequency to shine. That’s what owning yourself is. Owning who you are is what it all comes down to, and it is in the stillness that these messages can make themselves known.

It’s Asha’s birthday soon on the weekend of the spring equinox our sweet baby angel turns 2! Check this Amazon wish list if you want to get her a gift シ

Everything is a choice between fear and love, and death is coming. Fear or love, my friends, at every moment, you must decide. Death is coming, so choose love.

Last night I stayed up until 3:47 AM and conquered the entirety of Laundry Mountain. I did two loads of laundry, folded, sorted and put everything away, including the piles from three previous loads. I washed and replaced all the bedding, I even did all the ironing. I don’t think in my whole life this has happened ever, let alone in a single day. Funny that on a Friday night this is what pleases me. Quick, call the Feds, there’s a raging party animal on the loose! No but seriously and oh my god for real. I am a hero. Especially with little Asha running around, getting into everything and actively resisting my housecleaning. She shoves me away from wherever I am trying to work and demands I play with her instead. She jumps maniacally upon the bed, throws sheets over her head prompting me to say, “Where is Asha? Where did Asha go?” and I tickle her when I “find” her while she screeches and giggles. She loves to drag everything out from their spots and aggressively shake the clothes as if to say, “Take that! And that! And that!” She basically undoes whatever work I’ve done and laughs about it. She’s so adorable I can’t be mad. All this shit takes forever to do, then you add an agent of chaos like her into the mix and it’s impossible. Which is why my achievement last night is especially glorious. I might actually deserve a medal.

Conception of the fourth wedding in a parallel universe

Probably the best book I read last year. If I had a hero besides Bruce Lee and ill.Gates, it would be David Goggins. Shoutout to Joe Rogan, for despite how much of a meathead he can sometimes seem, and as problematic as his podcast sometimes is, it has introduced me to a lot of extraordinary human beings, and it’s got me looking into much of what makes life fascinating. Truthfully without The Joe Rogan Experience, I don’t think I would ever have come across people like David Goggins, Brian Cox, Eric Weinstein, Lex Fridman and countless others. So thank you Joe Rogan, for the podcast and all the interesting conversations, and thank you David Goggins, for writing this amazing book and sharing your incredible story. Stay hard y’all, and keep fucking swearing, if that’s the way you naturally fucking talk.

We watched Brandon Cronenberg’s new film POSSESSOR and it was fucking good. Brandon was Dylan’s childhood best friend growing up so we are rooting for him. Also of course Brandon’s father David Cronenberg was one of our favourite directors and we both grew up admiring his work. All these details are part of the many reasons how I knew Dylan was the person for me. POSSESSOR is the perfect film for the son of David Cronenberg to make. It’s excellent. Great work. Recommended. 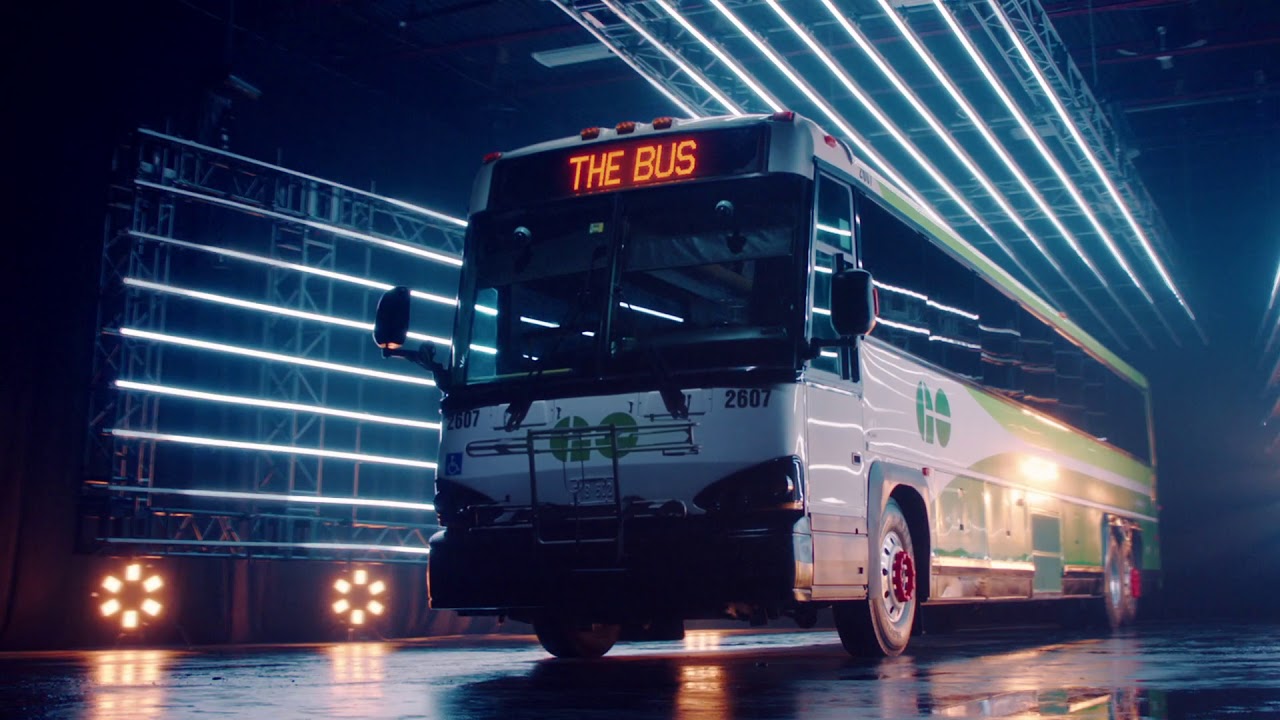 Girlfriend was having trouble with her guy, always complains about his behaviour, lists his flaws, and describes all the ways he fails to measure up. I said, “Maybe he isn’t the right person for you. You can’t make him be and do what you want. You should be with someone who already is the way you want them to be.” “Yeah, maybe you’re right,” girlfriend says, “I can do better. I deserve better.” Later girlfriend’s all sucking face again with the same guy, apparently the lover’s quarrel ended and they were passionately in love again. Then girlfriend jerks her head in my direction and loudly announces, “Nunich doesn’t like you. She thinks you’re not good enough for me. She thinks I can do better.” “Cunt!” is what my icy stare says. Girlfriend ignores my silent outrage while her insulted boyfriend glares at me. Making me the bad guy, shit. This sort of thing has happened enough times for me to be fucking wary with doling out the love and relationships advice. Because girls don’t want good advice, they won’t listen to it, and they won’t apply it to their lives. Women often don’t actually know what they want. Or they want the impossible, like getting the wrong person to treat them right. Women don’t appreciate good sweet kind nice men, they imagine they want a bad boy to fall in love with them. They want their lives to be exciting. They want to feel special and they want to be lucky. They want to be spoiled, and they want someone to at least seem like they care. They want somebody to hang around and listen to their bullshit, but not to call them on it. It takes a long time for someone to start wanting the right things from the right person, and often they get it all terribly wrong and mess things completely up. Sadly sometimes you have to lose everything in order to recognize that what you had was pretty fucking good. But don’t come to me for opinions and advice if you’re just gonna throw me under the bus. Thanks but I’ll throw myself under the goddamn bus. 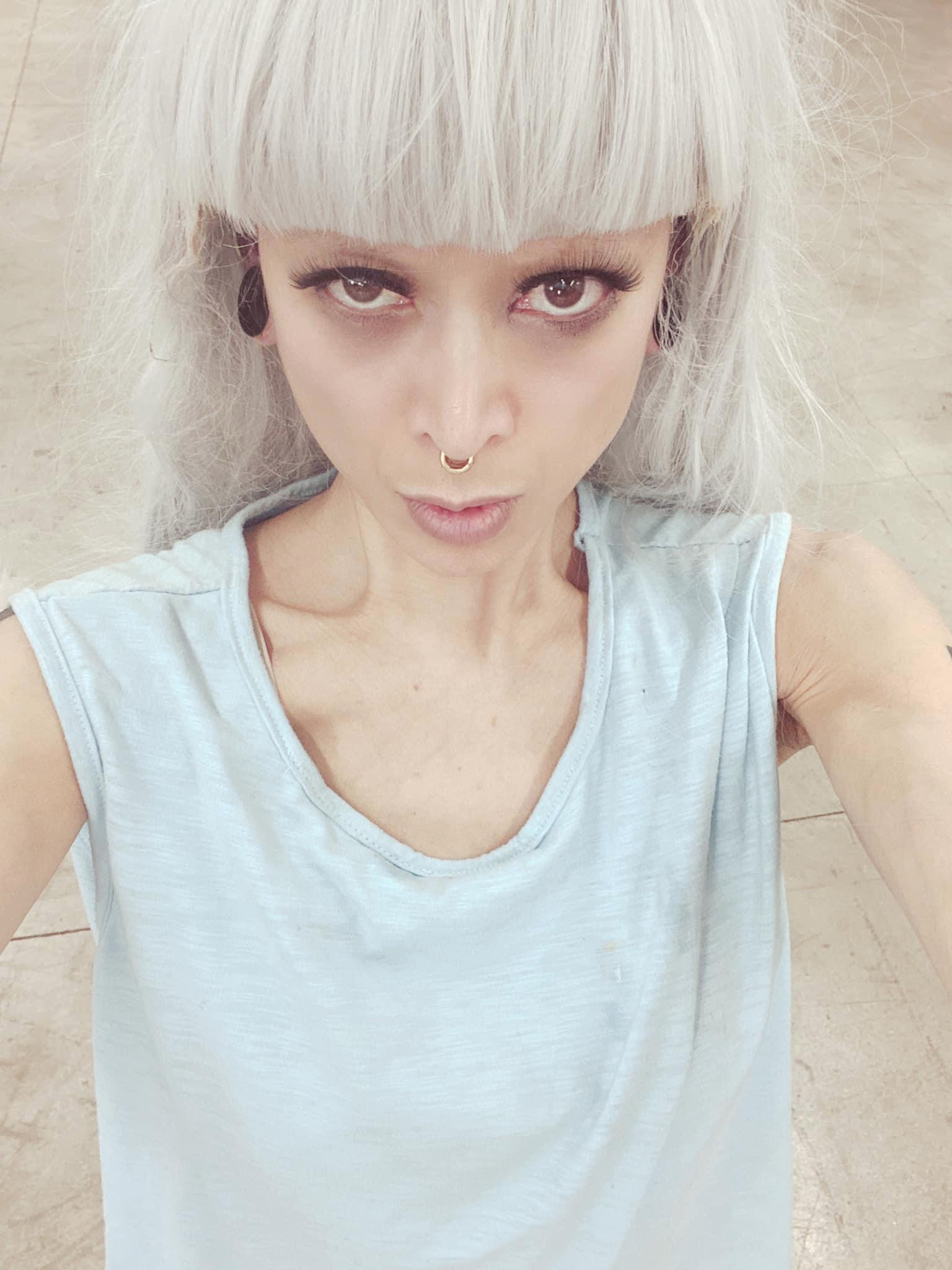 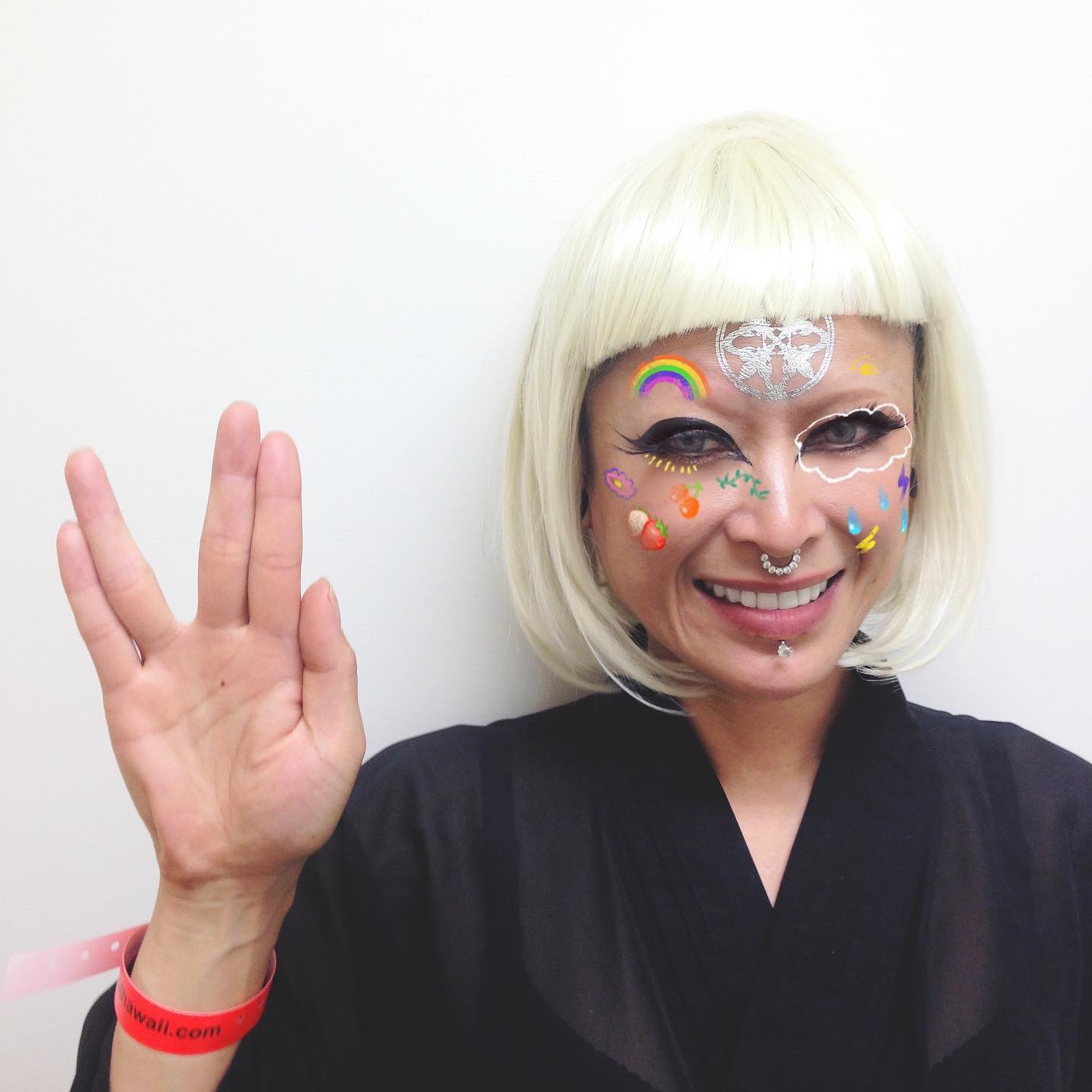 The smallest decisions can have the biggest consequences. Every moment is an opportunity. Every second contains the possibility to change your life because every choice is a new beginning. It’s never too late. This is your chance to fix everything. 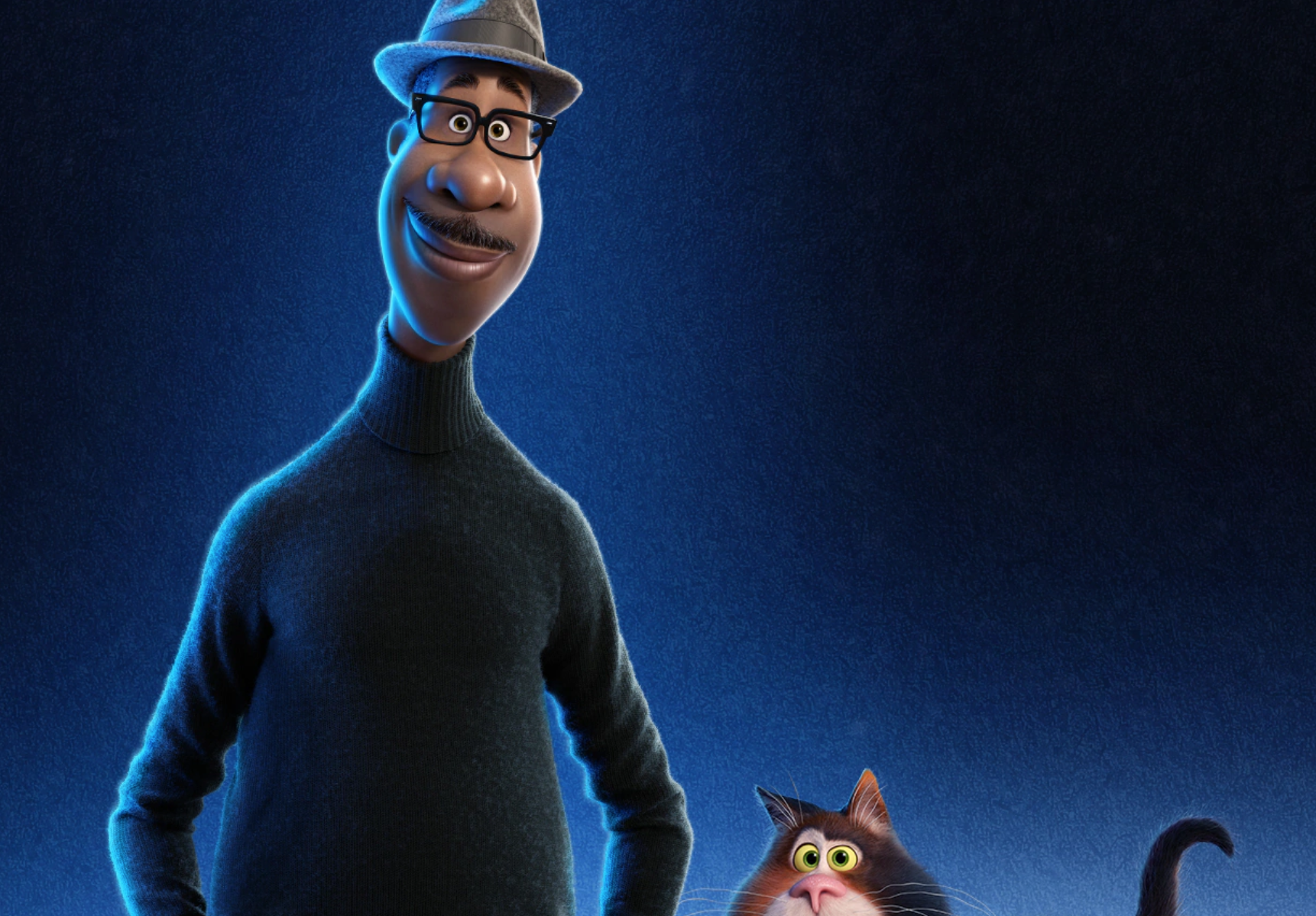 Anyone that obsessed with patriotism has serious problems. Both extreme patriotism and nationalism are wack as fuck. They mostly just lead to racism and racism is the root cause of many of the worst things one group of people justifies doing to another group of people. Sexism, classism, religious fundamentalism, misogyny and homophobia have all caused their share of evil in the world, but I think racism is the worst. Racism is the thing I hate most about people. Racism is what makes people most hateful. I’d like to think people are better than that but really I’m not so sure. Sometimes I don’t think they are, I don’t think they ever can be, and I don’t think they will ever rise above. There’s also too much corruption, deception, hypocrisy, greed and selfishness in the human heart. There’s a part of me that thinks people will always kind of suck. Maybe people are more bad than they are good and maybe we’ve just got to accept that. It’s a tough pill to swallow, regardless of whether it’s a red pill or blue. No side is better and no side can win. Maybe that’s life. Maybe that’s just how things are. Maybe it’s all mostly worthless. But for some reason I still fucking care and I still want things to be better. I still think we should fight for a better world, even if it’s impossible. I don’t know why but no matter what I still think we’ve got to try. Because I just can’t believe that none of this matters and that it’s all a wash. Human beings need each other but they hate each other and they don’t know how to get along. Therein lies the problem. 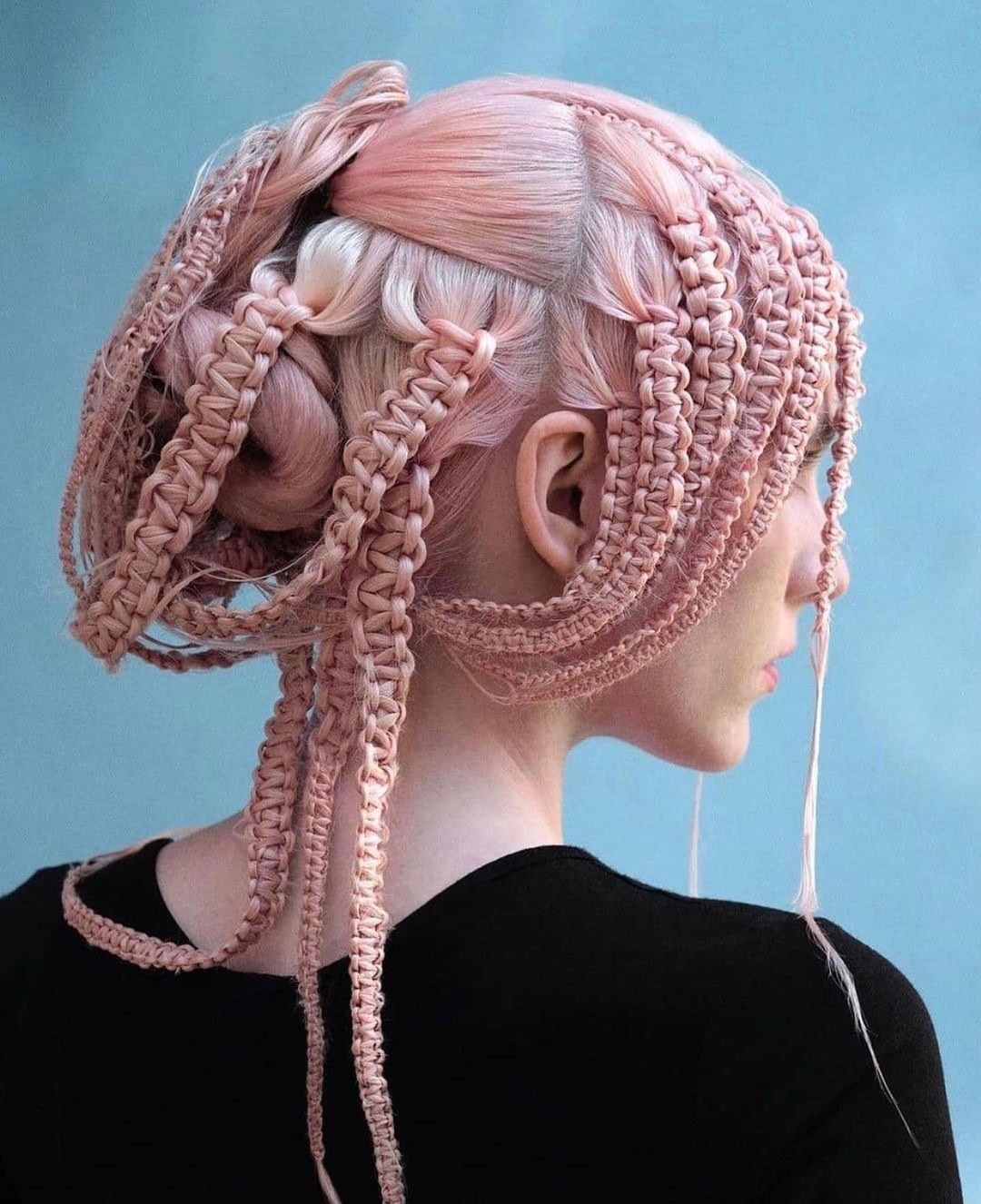 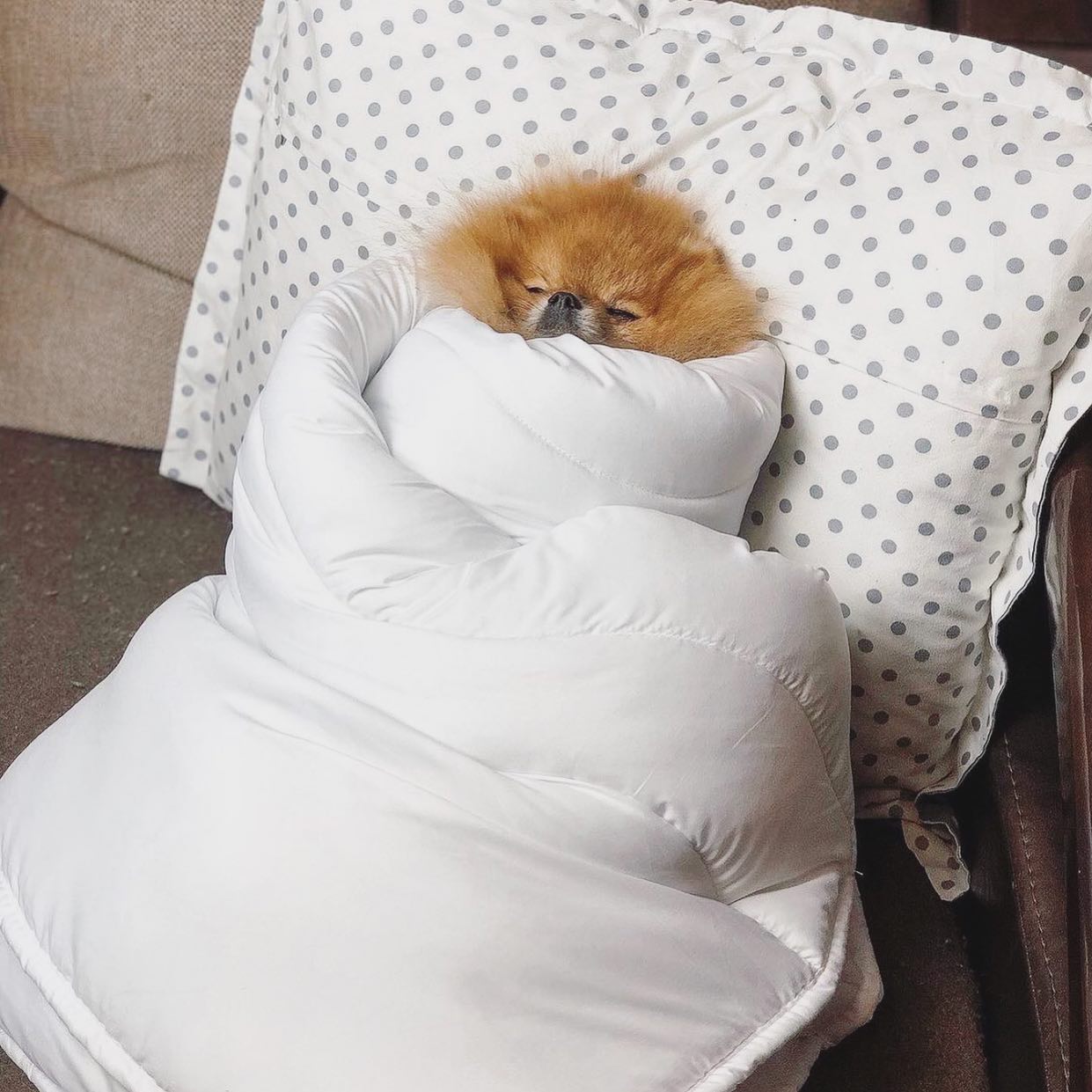 If music be the food of love play on

A year ago today and my love for Asha has only increased. In these pictures she’s nine months old, now she’s 20 months old, she’s still amazing and she’s still cute. It’s incredible though how much she’s changed. She’s growing right before our eyes. Every day is a new surprise. Raising Asha, loving her and taking care of her is a blessing. I am so lucky. Every day I thank the universe for Asha.

Yesterday Asha ran freely on sidewalks discovering the neighbourhood and had a wonderful time. Then she found a rain puddle and ran through it splashing and jumping and executing many swift small steps. She was transfixed. She kept this up for a while until I had to stop her as she wasn’t wearing rain boots and I didn’t want her feet to get drenched. Asha would’ve played in that puddle all day if I had let her. She is a water child, Asha loves the rain, she runs and skips and smiles and squeals, it doesn’t bother her at all. The rain makes her happy. Looks like we moved to the right city. When they said it rains a lot in Vancouver they weren’t kidding. But we can’t have all this lush greenery without it, all these tall trees, perfect hedges, mineral-rich soil and flowers. Sunny days are much more appreciated when they come. Even if all this rain is a bit gloomy and a little sad, it’s a necessary tradeoff, for everybody wants happiness, no one wants pain, but you can’t have a rainbow without a little rain.