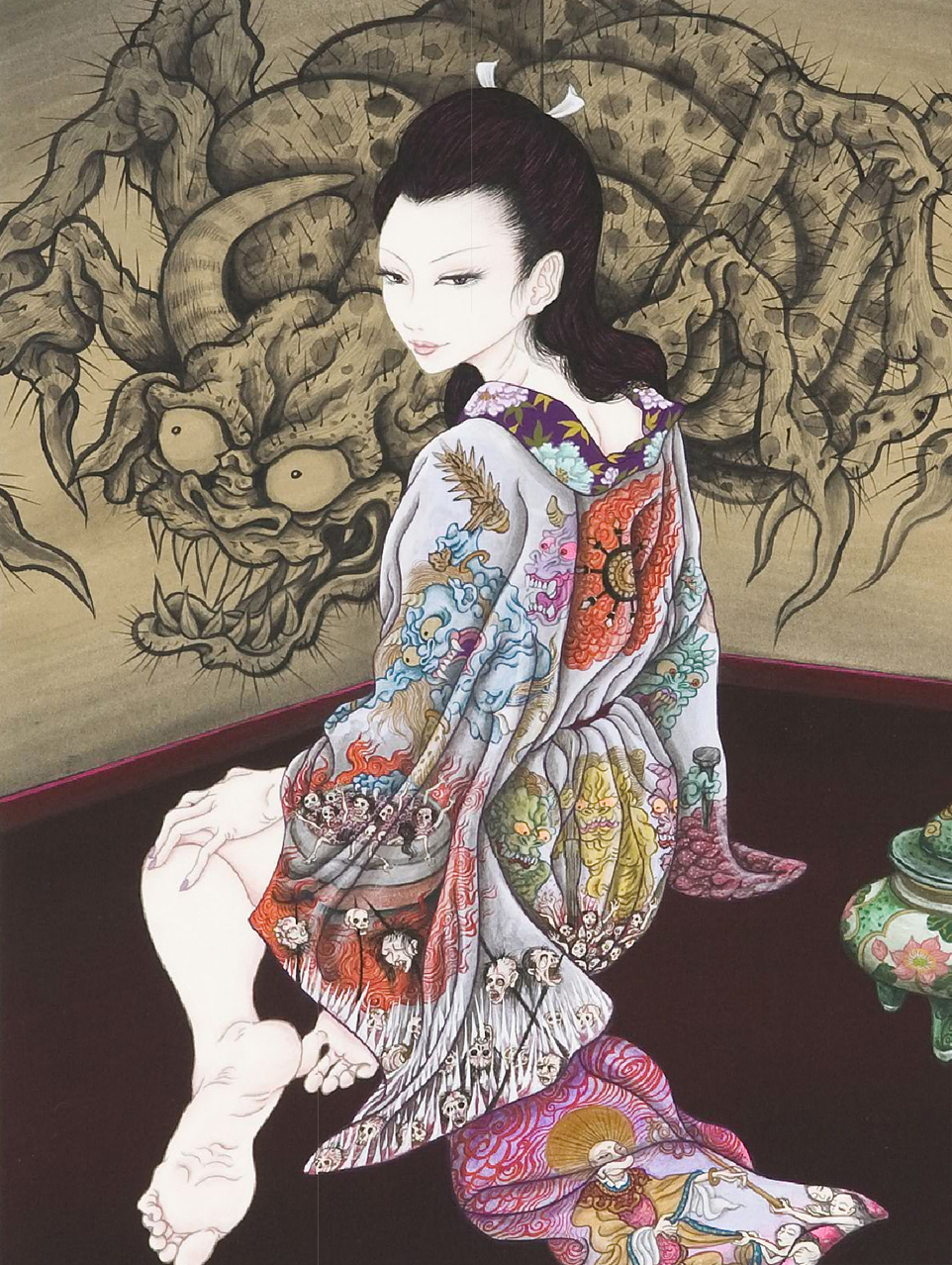 It seems because I am of unknowable age, background, orientation, classification, type and identity—and possibly also because I am reasonably attractive, outwardly mysterious, unboxable and byzantine, people are always asking me questions. They won’t stop with the questions and they tend pretty much to believe anything I tell them for answers. People believe literally just any old shit that I might feel like saying. Especially when I pull the inviolable Asian Card, people motherfucking don’t bat eyes.

I told a guy while we smoked outside some small city club that I was the girl in all those incredible Crouching Tiger, Hidden Dragon tavern fighting scenes when I was just seventeen. He gaped at me and did the sputtery version of blinking. “You were amazing,” he intoned, all hushed and whispering. Wondering then what in the Sam goddamned Hill I was doing slouching about in a nameless city at some no-account bar, I said, “Field work.” As in I was researching the role for my next Asian stab at sensational cinema. All excitement and reverence, he glowed with understanding. I gave him my smile that is exactly like a wink but with no winking.

Many people believe too that David Suzuki is my father. They are every time respectful and awed. I tell them he may be a famous environmentalist to the world at large but he’s just plain old dad to me. Another person another time said I looked incredibly familiar. I said, “Ever heard of Miss Saigon.” Guy stared at me flummoxed and gobsmacked both. Casting my eyes demurely half away down and in a voice that is synonymous with a shoulder’s shrug I both tuneful and dismissive said, “No biggie.”

The best though is this whole my feet getting smaller and smaller thing. I used I swear to wear size 7 and now I’m barely filling out a size 5½. When I raise my bare foot high and people gaze perplexed at my living proof truth of this, I tell them it’s the complex work of genetic ancestral memory. I love to throw around the term “genetic ancestral memory.”

My elaborations go like this: “My Eastern rising sun genes can sense that my feet were never manually bound, so now genetic ancestral memory is just sort of kicking the motherfuck in. My genes are doing the binding for me. Amazing, right?”

People maintain their intent faces of captivated interest and careful astonishment but reveal usually still a strain of confusion. Timing it perfectly I gaze chastely forward into the future and declare, “It’s an Asian thing.” The collective expression upon all those beneficent faces goes, “Oh!” and all is understood, believed, swallowed beautifully white people whole and everyone wins. They’ve learned still more fascinating wisdom of the East remarkable Asia type stuff and I’ve amused myself once again to my usual highly improbable always extravagant often unforgivable degree.