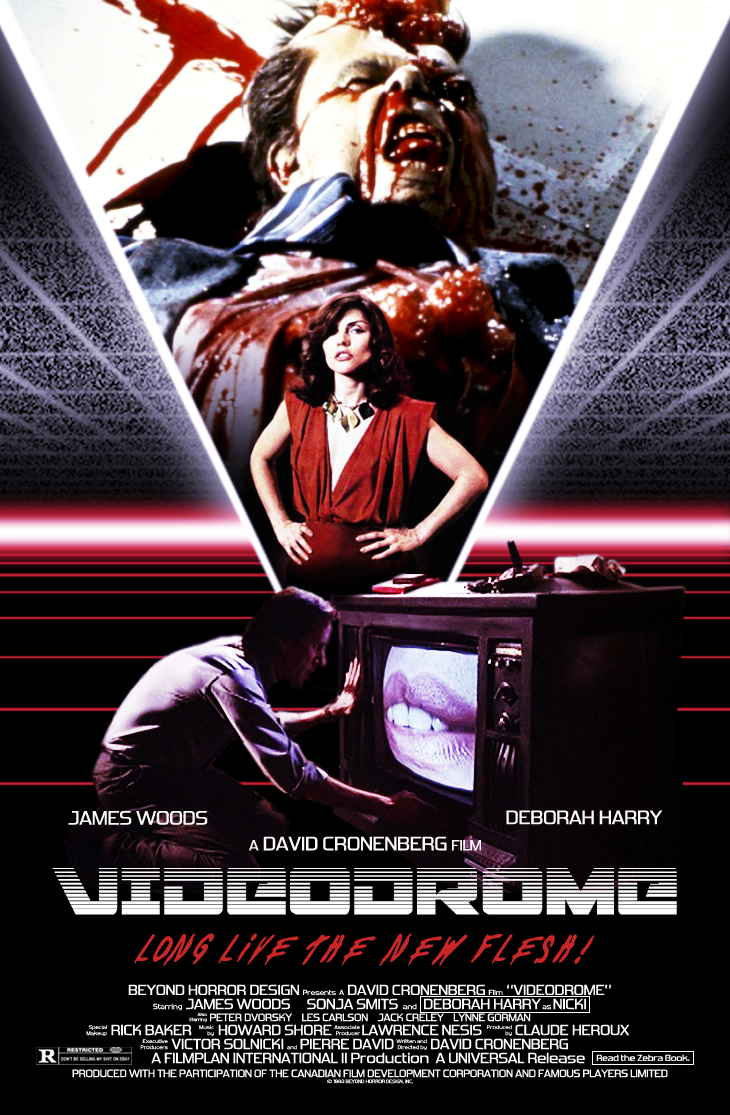 Jesus christ crazy motherfucking film. Saw it so long ago watching it again was like the first time. The film aged beautifully which is saying much. Many films we thought were awesome and cool when we were too young and full of ourselves to properly really decide such things have aged atrociously. See The Crow. Videodrome on the other hand is very much still a yes. I admire and prefer Cronenberg’s earlier films to the later works. Shit is fucked up and really great. Long live the new flesh!